The Pen Is Mighty

For years I have always heard and be told that the 'pen' tool in any of the Adobe art programs is the best thing since the pen in real life. Apparently it is one of the best things to use for drawing shapes, plotting, highlighting, outlining. You name it this thing was able to do it.

Look online for a tutorial for anything Illustrator or Photoshop related and most of them at some point say 'Now, using the pen tool...'.

This irked me a little, because I tried to use the pen tool and found it to be the most complicated heap of shit ever. It never did what you wanted it to. Sometimes you would manage to get it to do a tiny fraction of what you want and then never again be able to repeat the magic.

This is not good. Mainly because I like doing computer graphic stuff now, hence that tablet I bought nearly two years ago and use on a regular basis, and not being able to use one of the 'main' tools of an art application isn't a good thing.

So yesterday I sat down and forced myself to use it.

See I was doing up some new artwork for the store section of The Bauble and decided that I wanted to use the good old logo of The Jester in this new stuff. Problem was I never saved my Vector version of the image and any resizing gave that god awful pixel effect. Which meant that I had to go and make a new Vector image of the logo.

Enter valid reason to use the 'pen' tool and see how it works. After twenty minutes of 'For fuck sake where did that line come from I wasn't even on that part of the image!' I finally managed to figure out how it worked. An hour later I was finished the piece and had flown through it.

The old 'pen' tool isn't all that bad I will admit. I should have used it ages ago. It isn't quick and dirty, it does take a little time and practice to use at the start. Plus there is a lot of tweaking you have to do later to get curves and lines to match up, but it is a lot faster than some of the older methods I have used to Vector an image.

While doing the logo again I even came up with an interesting and faster way of doing shading on the images.

All new skills that will be use on the next t-shirt design once I scan it in.

In other art news I finally managed to get some painting done at the weekend. It's been ages since last I touched brush to canvas but I got a sizeable chunk done, as the photos below will show. 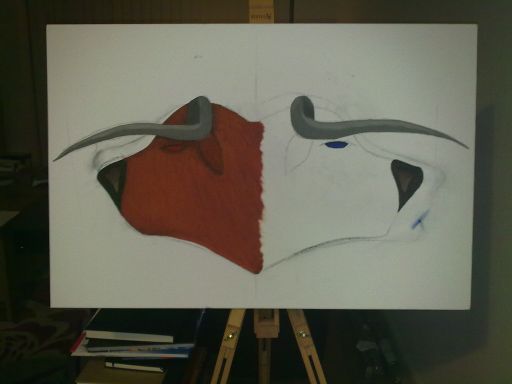 It don't matter if you're brown or white 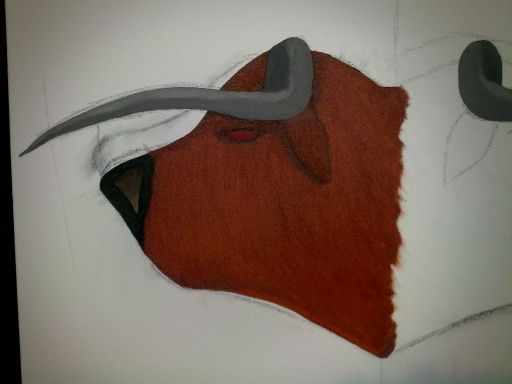 Close up of Lefty 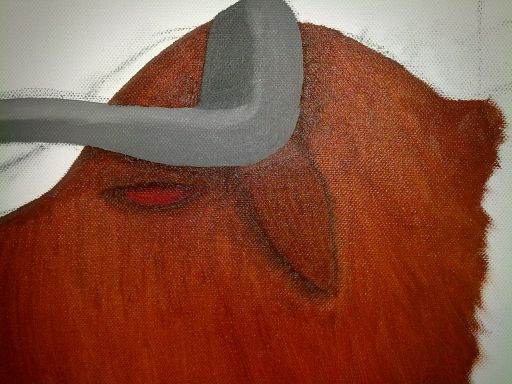 Flash messed it up, but the shading and blending is much better this time.