It's been a while since I've had an update that involved artwork of some description. Probably because the last few weeks have been spent on rewrites of the book, so my sketch pad has been gathering dust on the table. This isn't to sayh that I've not had some ideas floating around for things to draw. I just haven't had the time to get around to draw them

That and after doing comedy and rewrites in one night you tend to just be fit for sitting on the couch doing nothing.

But that changed this weekend. The lady friend's family (plus her sister's boyfriend who shall henceforth be called 'Ginja Ninja' ) paid us a visit. The Down GAA team was involved in some sort of sporting event in a big place in Dublin. Think it's a park of some kind. So After the match there was food and conversation back at our place.

Ginja Ninja is, like myself, a doodler. Give the man a pencil and a sketch pad and he is happy and content to just sit and draw for hours. During a little conversation on what we had both been drawing recently he noticed a painting on the wall of the apartment. A design in the piece caught his eye and he said that it looked like a ninja.

We decided that a 'draw-off' was on the cards. Both of us got a pad and pencil and started to draw an image based on the design in the painting.

Now, sadly, my laptop is out of commission at the minute. The hard drive up and died on me last night for no reason. Luckily I had made backups of the rewrites only a few hours previous. It's starting to look like the gods themselves don't want me to finish this book. So while I repair that pictures are limited. The photo I have of the painting in question can't be transfered over to the computer I am using to post this rant.

Lucky for you the scanner is working on this computer, so I am able to scan in the drawings at least to show people. 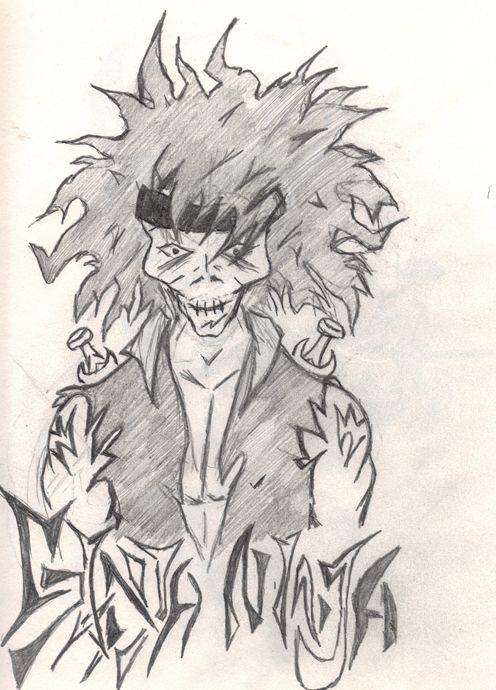 
The above image is Ginja Ninja's nearly completed piece. Pretty funky stuff. In his own words 'not finished' but going places. As you can see it's a totally different style to my own. 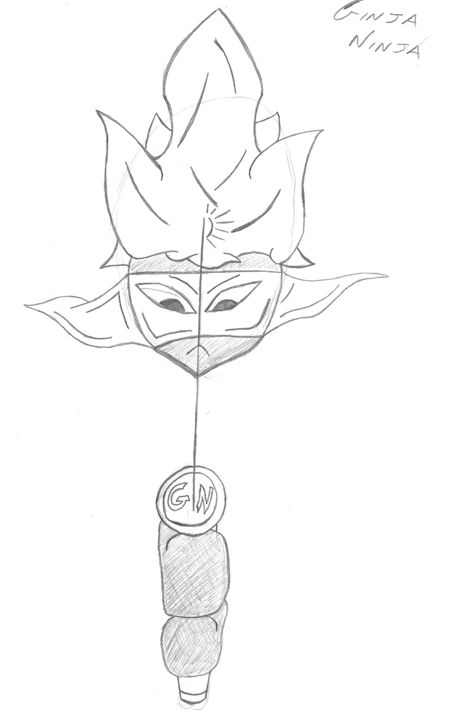 
I kept mine more simple and closer to the rough outline of the design. If I could get the picture uploaded you would see what I mean, but that will have to wait until the laptop is going again.

My piece is a rough design (as mine usually are) but while I was working on it I started to think "This wouldn't make a half bad t-shirt.".

So I plan on revisiting this piece soon and working on it a bit more to get it done as a t-shirt design for the store.

After we had finished some more doodling occured while the conversations continued late into the night. Ginja Ninja came up with this little piece. 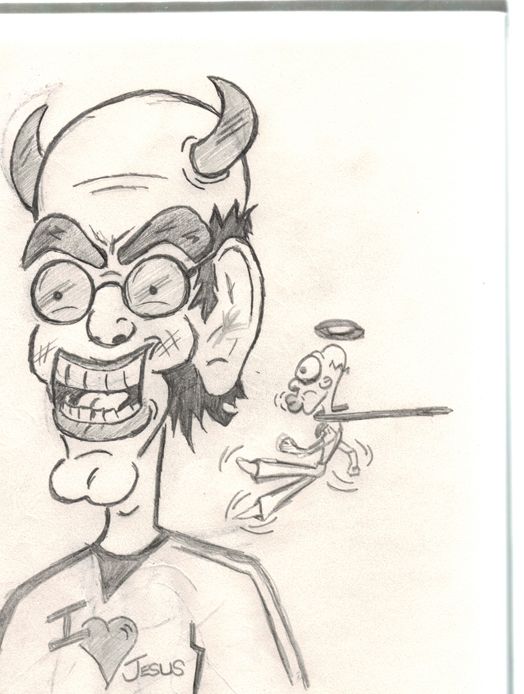 
You have to upload something like that when it's sitting in your sketch pad.

Me? Well I finally settled on a style that I want to use for a comic. I might even get that webcomic started that I have mentioned pretty much for the last three years. Below is the final panel of my first comic idea. It's rough, some of the lines on this image won't survive the inking process, but you can get a glimpse at the rough work before it gets digitally cleaned up. 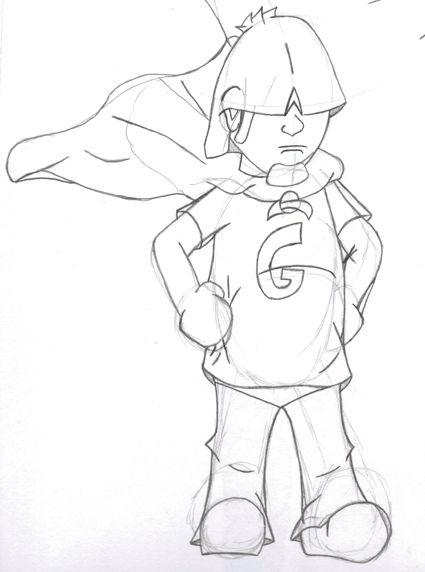 
All will be revealed when (and if) I get this project finished. I've already started to draw the other panels to go with this piece so things are moving along.

In comedy news, just because I have some, I've a gig coming up on August 15th for anybody floating around Dublin and looking for something to do. I'll post more details either here or on twitter closter to the time. So stay tuned.

Now, back to fixing the laptop. Stupid computers.