Since the book is more or less finished (bar all the work of sending the bastard out to agents) I find that my hobby time has freed up a little bit. I've been working on that comic a little bit each week. Nearly have all the scenes penciled and will be scanning them in soon enough to start the inking and colouring.

But with the book done and the rewrites finished I have all that writing time freed up. Not that the five hundred words a day was a real time consumer, but the rewrites were a bitch. Going over every single line and tweaking them was painful. So I got to thinking, rather than just dive straight into another book I should paint another painting.

The first two have long since dried, even though I would rather paint over the first one and give it another try. Still have to hang the second one up but sure that is a small job. But I have those three new, blank, canvases crying out to be used. Hell one has been sitting on the easel for the last two months just gathering dust. 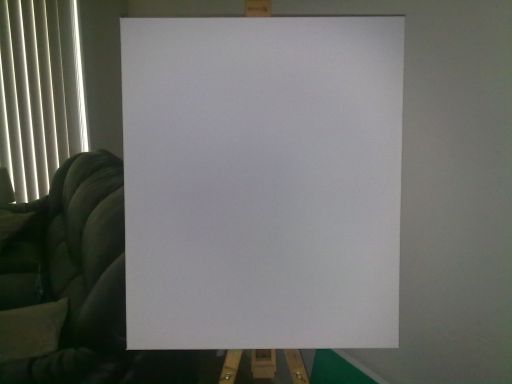 Look at it, it's dying from lack of use.


A little thinking and I have come up with a new picture that I want. It will be two colours, maybe more if I change the design later. Basically I will be painting a black image and using the white of the canvas. The picture in question will be something like this. 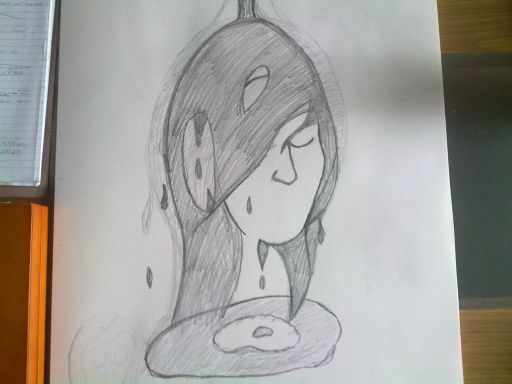 No, it isn't a head dripping blood.


Yes, it looks like a head dripping blood. But that isn't what I will be painting. This is just a rough I was sketching last night. The idea is to have it look like paint is coming in from the top of the canvas and flowing down to the bottom, making a puddle. The woman's head will be the paint.

It usually happens that I come up with these ideas but can never explain them in words properly. So you will just have to bear with me and wait for the progress photos to be uploaded.

I've already started to sketch the image onto the canvas this morning, so I should have something to show fairly soon with paint on it.

A little book update as well. Submission chapters are printed, submission letter written, envelopes addressed. All I need is some stamps and then we play the waiting game.