Table Fit For A Geek

Just back from a quick weekend break in London with the lady friend. It was literally a flying, pun slightly intended, visit. While over there we met up with an old friend whose been living over there for a few years and piling on the guilt that I haven't visited.

You know who you are.

But being the good friend that she is the meet up wasn't just a quick cup of coffee, it was a meal out in London's Soho with a few people that I know, literally, just through silly emails we all send each other.

It was a great night. There was some good craic, story telling, food. Bucket loads of rain on the night as well, but sure London is known for having its monsoon season, isn't it? Not that this put a dampener, oh the wit, on the nights fun and frolics.

Now, I very rarely rant about restaurants. Once the food is good I enjoy it, but other people maintain blogs based solely around food.

Again, you know who you are

But this restaurant is worth ranting about, mainly for the awesomely funky tables that it had. 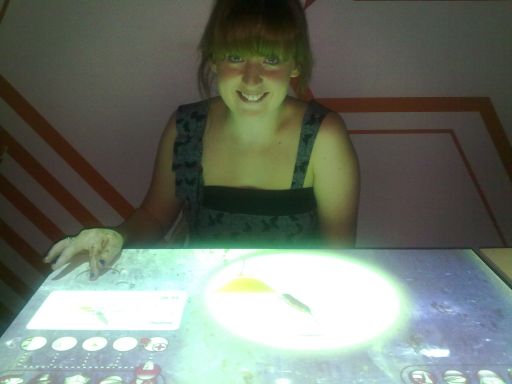 The lady friend, lit up by the table.


The tables have little circle pads built into them. Funky style choice? Not a chance, think more along the lines of mouse pad on a laptop. You move a little cursor around the table by using this tracking pad.

Overhead is a projector that beams down onto the table the display. Like an operating system desktop being projected onto a wall or table top.

So, what is the point to all this? Well, this is how you "interact" with the restaurant. Move your finger around the tracker pad and this happens on the table in front of you. 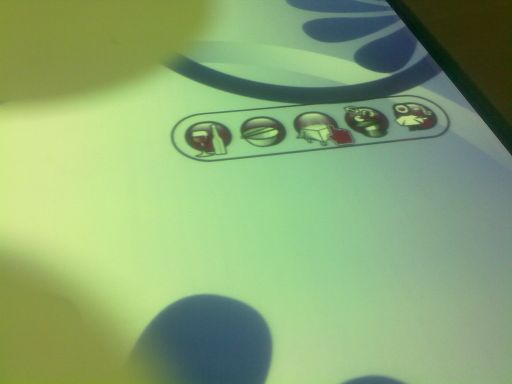 
These little menu options have everything in them. The drinks menu. The food, starters, mains and desserts. You can call the waiter to your table. See how much the bill is, even request the bill. Hell if you wanted you could play a game with the person at the table with you, like battleship. Don't like the background of the table? Sure just change it. 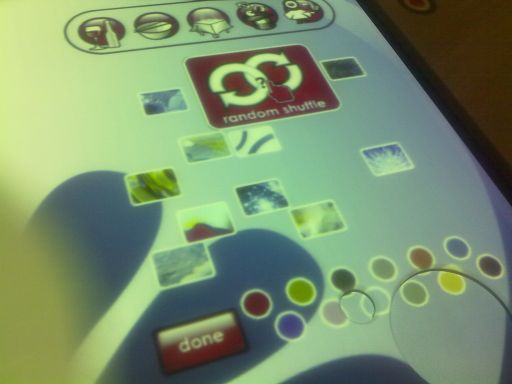 The backgroud options floating around, complete with colour pallette in the bottom.


That's right, they have a feature that useless. But so much fun to mess with. 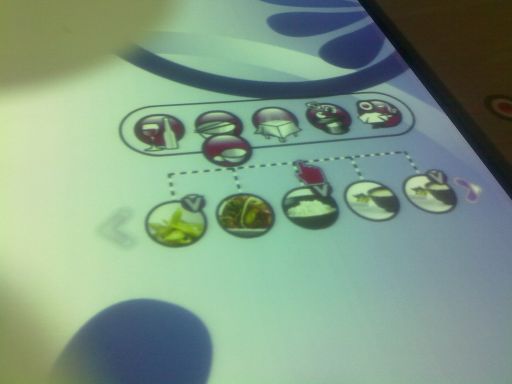 An opensolaris theme somehow appeared on our table


Overall I played with the table so much that I was one of the last to order food, including somebody that arrived a little later to the party. Surprisingly it isn't something that I haven't seen in any other restaurant, but it is worth going to the place just to mess with the tables. The fun that you can have is great.

Although, at the end of the night, once the bill had been requested (from the table menu system of course) the lady friend did point out something. That since the waiters don't really have all that much work to do, aside from carrying your order to you, it is a little cheeky of the place to add on a tip to the total bill.

But then for the novelty of the tables you can excuse them slipping ten percent onto the bill.

Seriously, a table that all geeks would love to have. Santa, if you're up there ...

Tags: eating out trip away da

Hehe glad you liked the restaurant enough to blog about it - I will probably do the same once I have a little time on my hands...