One Of A Kind

Been a while since I had an art related updated, so here we go.

A while back the maternal figure's new man asked if I would design up a t-shirt for him. His nickname, for reasons I never fully understood, is "The Love Slug" and he wanted something like that on a shirt.

Now, I am a modern minded, open minded, son. I wasn't going to frown and go "Hell no". So I went home that night and had the thing more less fully sketched out before heading to bed. A free weekend (they do happen the odd time) gave me the two hours needed to digitally finish the piece. At the end of the day it wasn't half bad.

I even managed to get a funky "goo" style going on the image.

But I never mentioned it to him that the piece was done, as by the time I had gotten around to finishing it on the computer months had passed and his birthday approached.

Now, I might not like everything I draw (as the lady friend can only attest is true) but the bits and bobs that I do like I tend to display here for folks to see.

Sadly I've had to sit on this piece for a while. Since the maternal figure visits the site nigh regularly I didn't want to run the risk of him seeing the design one night she left the laptop on. Since I will be seeing him in a few hours I think it's safe to upload the image now, without the risk of him seeing it before I give him his birthday shirt tonight. 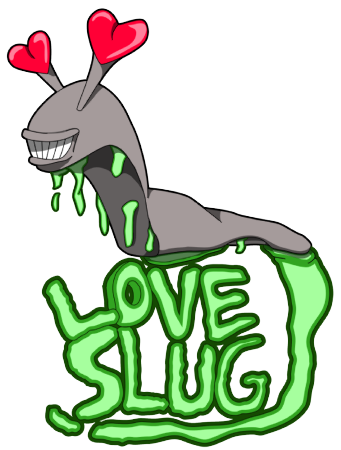 Who wouldn't want this on their birthday?


Now, as I wanted to make this shirt a proper present, I haven't put this up for sale on the store. It's a unique design that will be his and his alone. Somebody else is getting a similar gift in the near future, but more on that design closer to the day.

For those folks wondering about any new designs for sale go check out the store itself. I uploaded one new shirt over the weekend.

Yes I have been somewhat lacking in new designs regularly being updated, but time is not my friend. In more ways than one.

Hell I haven't even had a chance to start working on the third instalment of the comic. I've got an idea, just nothing pencilled out.

Even my "words" have suffered the last few days because of other projects on the go and the wisdom teeth being pulled out. Thankfully both the teeth and one big project are both done now. So with any luck I might get a comic done before the end of the month.

Probably down to your bad understanding of the English language and grammar.