Much to the lady friend's shock and horror. I'm my own worst critic, which I don't think is a bad thing since it means I always try to improve my work. Herself on the other hand has taken to punching me in the arm when I complain about my work (be it artwork or writing).

So I've started to complain about it when she is arms length away. It's just easier.

The picture I just finished up began life in my sketch pad. 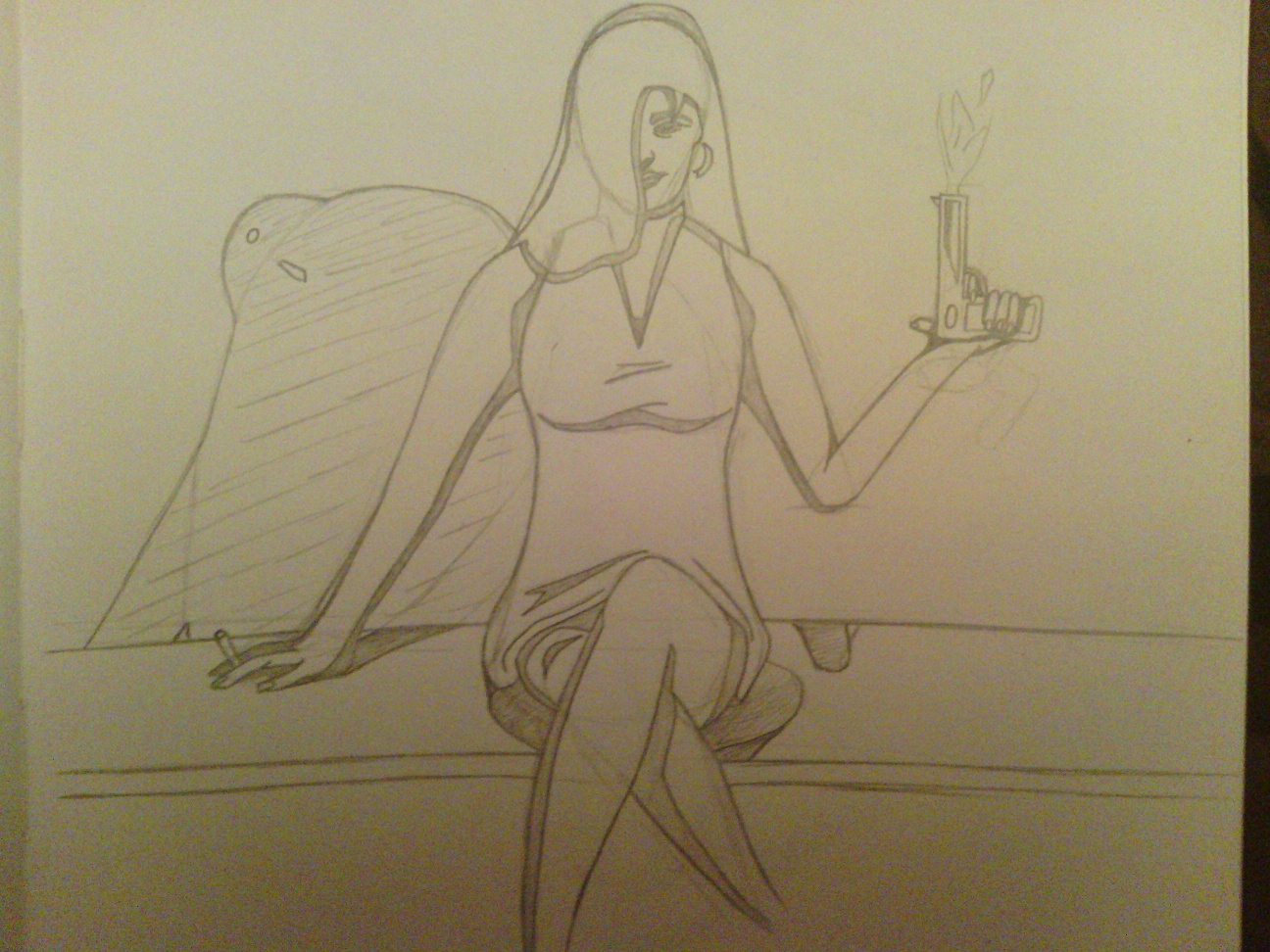 The pencil image, gun is horrible.


It was something that popped into my head one day as I was scanning through an art book I have. I figured why not give it a try.

As the piece took shape I decided I was going to do the usual with it and digitally work on it as well. This allowed me to work on the gun in more detail. I could draw a larger scale one, digitally ink it, then resize it to fit the original picture. 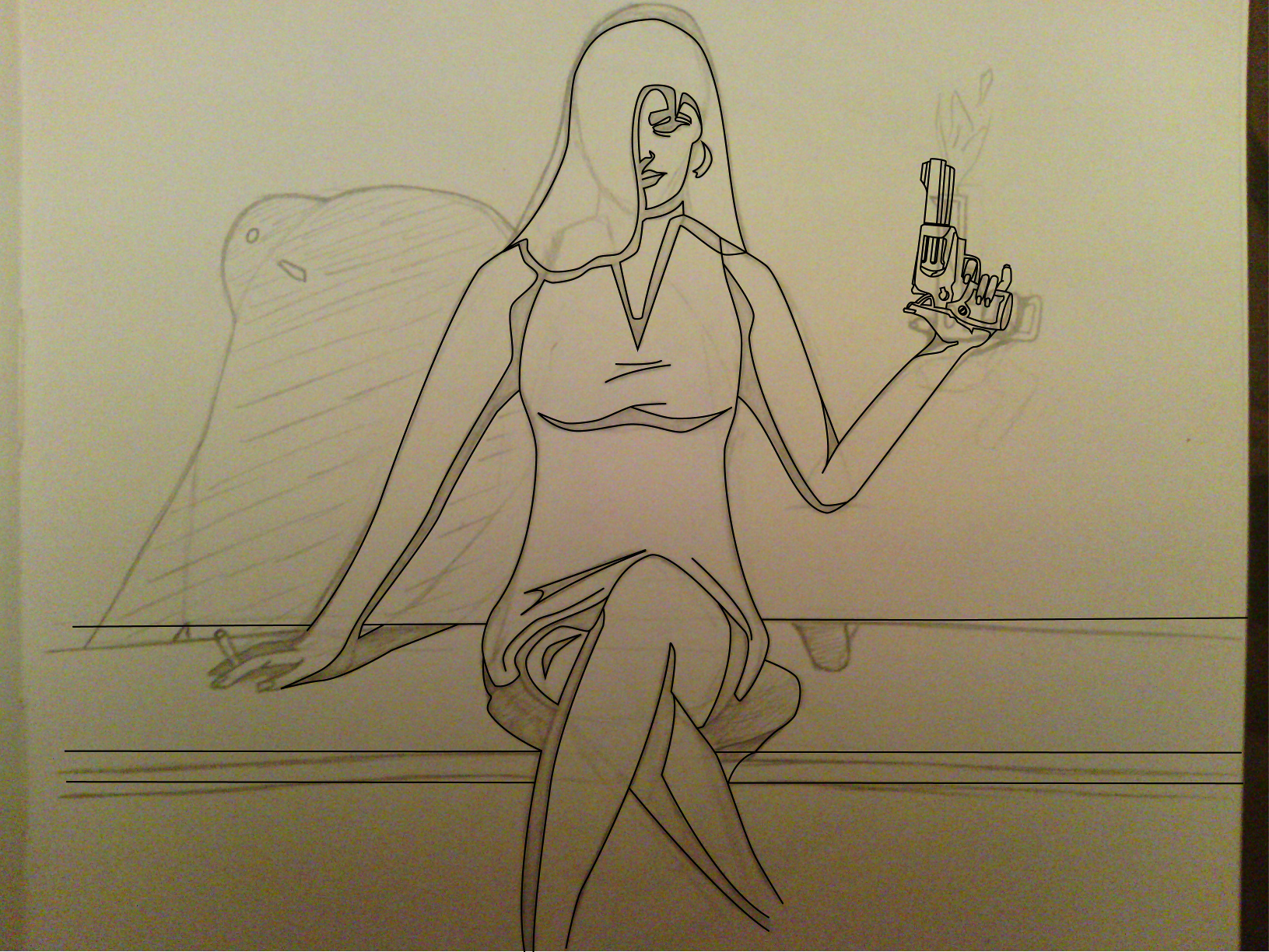 Inking has begun, gun replaced with a better style of gun.


Afterwards it was a quick job to do all the shading for the piece. 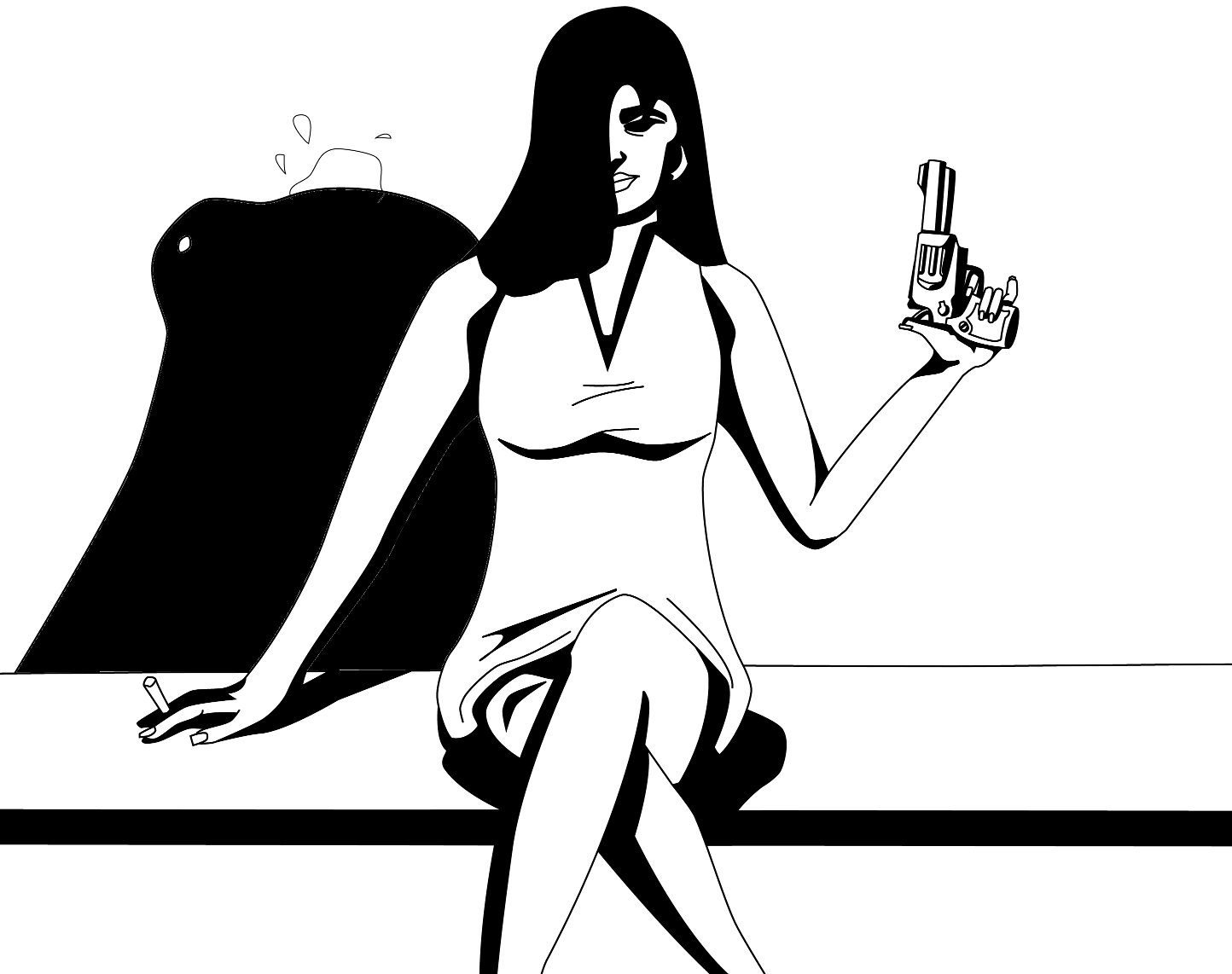 The finished black and white piece.


Then I figured I would play around with some colouring of it. The first is a mimic of a style I've seen lately, where shading is being replaced with just blacked out areas. To achieve this image I just coloured in the black and white image and overlayed it (setting white to be transparent). 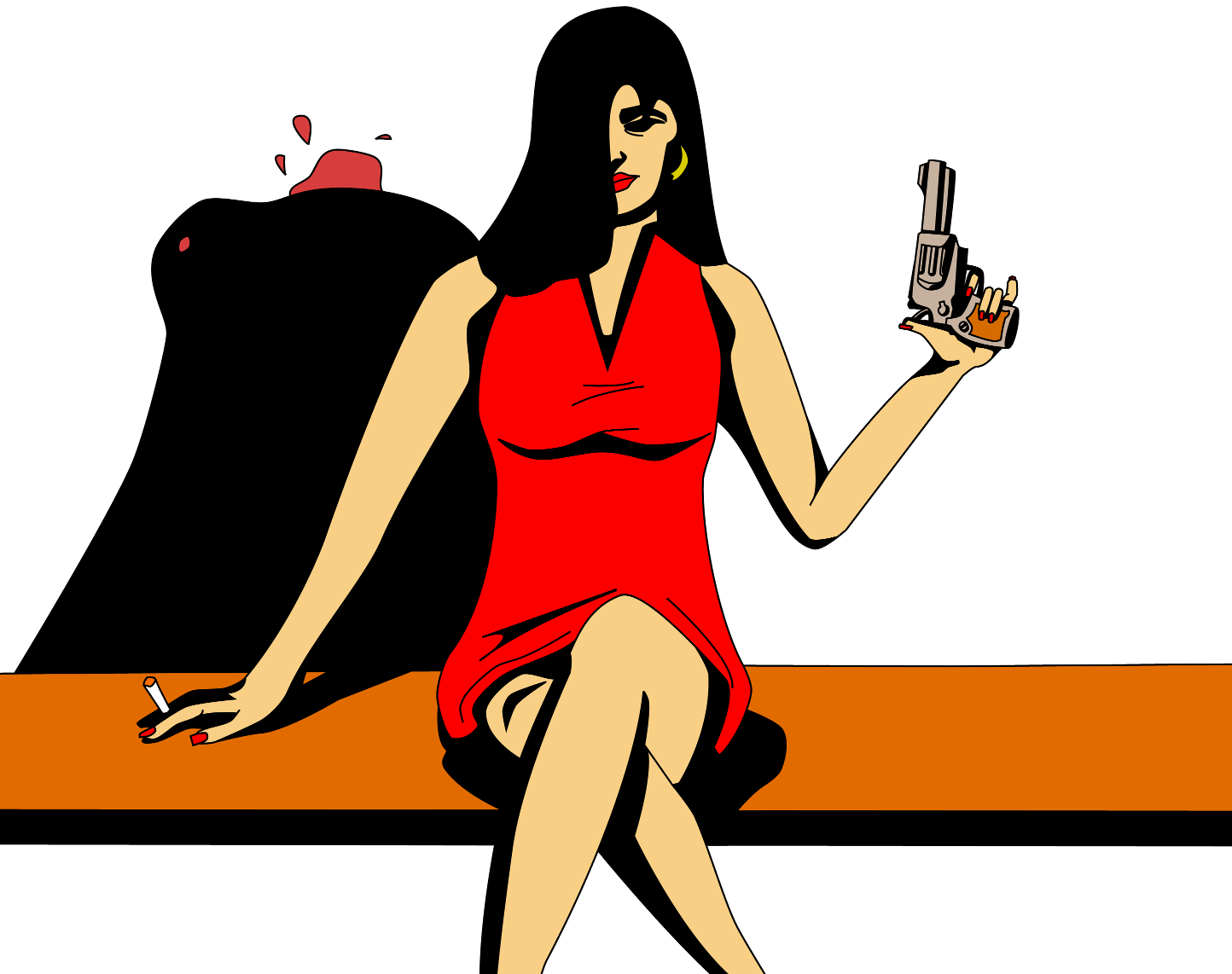 
Finally I wanted to have a little less black in the image, so I redid some of the lines and then set the black to be fifty percent transparent. 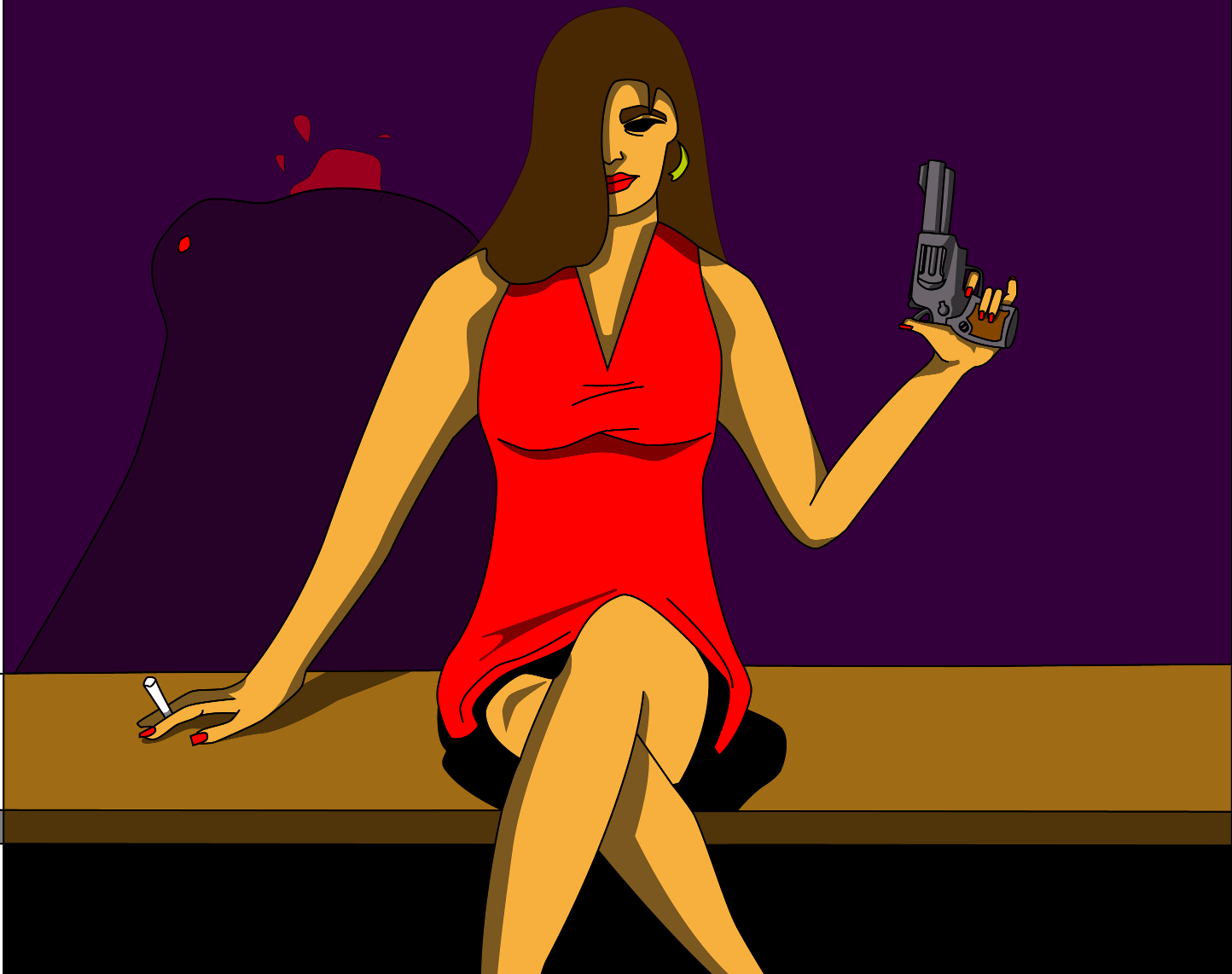 Blacks toned down a little to allow for nicer shading.


Overall I think it all turned out pretty nicely.

But this isn't the end for this picture. As I was working on it I realised it has been a while since I've painted something. I've a canvas that I think would suit this image nicely. The plan? I am going to create stencils of the image and try to reproduce it in the coming weeks on canvas.

A nice interesting project to try I figure. I had decided to do this before starting the picture in the first place, so it has been drawn with stencil cutouts in mind.

Sure I'll probably hate the end result. But I won't tell herself that